Smart Home Technology – Where did it all begin 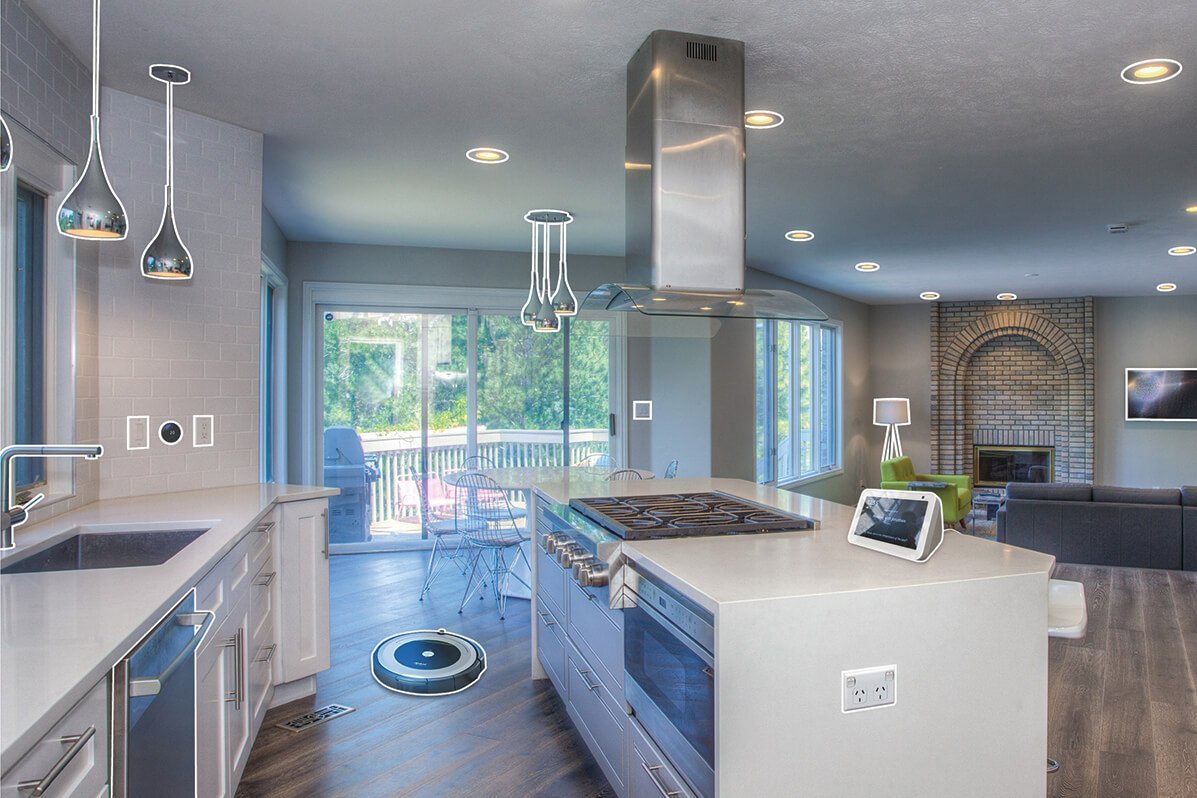 The first smart homes were ideas, not actual structures. For decades, science fiction has explored the idea of home automation, prolific writers such as Ray Bradbury, imagined a future where homes were interactive, and seemingly ran themselves. In Bradbury’s cautionary short story, “There Will Come Soft Rains” he describes an automated home that continues to function even after humans have died out. It’s all well and frightening, until you consider the actual benefits of home automation, and then the idea becomes more comforting than chilling.

Although the idea of home automation has been around for some time, actual smart homes have only existed a short while. This timeline focuses on hardware; meaning actual inventions leading up to the smart homes we know today and can expect from the near future.

1901 – 1920– The invention of home appliances – Although home appliances aren’t what we’d consider “smart,” they were an incredible achievement in the early twentieth century. These achievements began with the first engine-powered vacuum cleaner in 1901. A more practical electricity-powered vacuum was invented in 1907. Within two decades refrigerators would be invented, as well as clothes dryers, washing machines, irons, toasters, and so much more. It was a fantastic time for anyone who was employed as a maid by a very affluent family.

1966 – 1967 – ECHO IV and the Kitchen Computer –Although it was never commercially sold, the ECHO IV was the first smart device. This clever device could compute shopping lists, control the home’s temperature and turn appliances on and off. The Kitchen Computer was developed a year later, could store recipes, but had the unfortunate tagline, “If she can only cook as well as Honeywell can computer” and therefore sold no models.

1998 – Early 2000s – Smart Homes –Smart homes, or home automation, began to increase in popularity in the early 2000s. As such, different technology began to emerge. Smart homes suddenly became a more affordable option, and therefore a viable technology for consumers. Domestic technologies, home networking, and other gadgets began to appear on store shelves.

Today’s Smart Homes – Today’s smart homes are more about security and living greener. Our smart homes are sustainable, and they help to ensure that our homes aren’t expending unnecessary energy. They also help alert us to intruders (whether we’re home or not).

Based on what we have seen, heard, been asked about, and wished we had, some of the current trends in home automation include:

Smart homes and home automation isn’t just about making life inside the house easier or more power efficient though. Many people view their home as an extension of themselves. With ever increasing demand on our time it makes sense to stay connected to the things we care about. This typically includes our phone (for better or worse), work, our kids (who generally have their own devices), pets (with GPS collars or chips) so why not include one of the biggest investments most people make in their lives?

“Connectivity and interactivity are driving the way families live and manage their homes. So, while we are expected to be in more places due to business travel, children’s school schedules and social activities, these new smart systems provide cutting edge connectivity to your household, even when you’re far away. And when the house is occupied, the high level of automation enables more convenience, control and safety from any part of your property. It all adds up to fewer worries and increased enjoyment of life, which is something we would all welcome,” writes ADT technologies, who some say have lower home security costs than other competitors.

Costs will continue to go down as innovation and competition make entering the market easer and more cost effective. For many people having a smart home is on the wish list, and when you can ask your phone to set an appointment or phone a restaurant, why shouldn’t we be able to ask our house to turn the kitchen light off as we stumble back to bed?

What Does The Future of Home Automation Look Like?

CNN prophesies that the smart home of the future will be a bit like what we’ve seen in the animated series, “The Jetsons.” Look forward to digital cutting boards (digital everything, really), molecular cooking devices, and so much more. With advancements in 3D printing, AI and genetics, it’s hard not to imagine a world in the not too distant future where your kitchen tells you to wake up 5 minutes early because the fresh bread it baked for you is ready along with your coffee – and you set a goal to wake up an hour earlier this month, so your house has been working with you to achieve that.